Following in the footsteps of her father, Helen decided to study Law at University and then attended the Royal College of Law in London where she qualified as a solicitor.

After working in the UK she saw an advert in the Legal Gazette for a position in a leading Marbella firm. Having studied Spanish at Barcelona University she applied and was successful in securing the position.

After a couple of years she established her own practice dedicated to helping non-residents and expats in Spain. After twelve successful years she decided changing times in the industry meant that a new direction was needed and established BENCH & CO with Inge.

“I fell in love with Spain a long time ago. My parents had a house in Mallorca and we used to spend the long summer holidays in the sun, playing on the beach. As I grew older it seemed natural to learn Spanish and this linguistic base has been the core of my success in Spain – after all it you don’t understand something then how can you explain it to others?” 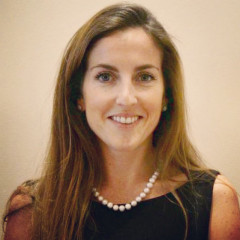 Inge studied at the prestigious “Universidad de Deusto, Bilbao” where she graduated with a degree in Law and specialism in Economics.

Faced with a choice of working anywhere in Europe Inge found the lifestyle of Marbella too hard to give up and moved back to the town to continue her studies and consequently qualified as an “Expert in Urban Law”.

A determined and driven individual Inge has always sought to assist and explain the seemingly complicated Spanish system to non-residents.

As her career progressed she quickly became the leading lawyer in an established Marbella legal practice before joining Helen to create BENCH & CO.

“Working as a lawyer is all about positive outcomes – it’s what we strive for and what our clients expect.”

“I’ll never forget the excitement and happiness of a couple after a court hearing when I told them they would get back their life savings. They had invested in a property that was never built and had been so badly advised in the past that they didn’t even have any documents to support their claim.”

“However, we were able to argue and prove their case leading to them getting all their money back – which meant they could finally buy their dream home in Spain.”