The sun starts to shine on the Spanish economy

A raft of recent reports indicate we could have a busy summer ahead as the statistics suggest what we’ve suspected for a while – that confidence and buyer activity is returning to the local Marbella property market.

Domestically Spain’s economy (GDP) grew by 0.9% in the first quarter of this year and although unemployment remains high it is hoped that the increasing competiveness of the euro and falling oil prices will drive an export led recovery.

Looking to the future, mortgage loans earmarked for construction have increased 21.8% year-on-year (General Council of Notaries Jan 2015) and the number of mortgages approved for acquisition rose by 9.9% over the same period.

This has fed through to the domestic property market with sales to Spaniards rising by 29% over the last year – an encouraging sign as this domestic demand will be a vital factor in stabilising the property market over the longer term.

In the Malaga province sales of houses to foreign buyers have doubled over the past two years according to figures released by the Ministry of Public Works, to over 9,000 last year. Interestingly the vast majority of people buying in Spain are already residents (8,010 out of 9,100), so the number of non-residents buying has not increased significantly.

Anecdotal evidence and a look at our recent activity would suggest that this could largely be due to canny local expats and previous investors taking advantage of the lower prices and better exchange rates to increase their property portfolios.

So who is buying?

A recent study carried out by TM Grupo Inmobiliario looked at the nationality of buyers in Spain which really shows how the property market has evolved to attract buyers from all over Europe and the world.

But the happiest and wealthiest buyers are from Scandinavia according to the report. They are typically married couples aged between 45-70 with a high standard of living and an annual average income of over €90,000. They are looking for a warm climate, good quality of life and direct air transport connections to home. When in Spain they make the most of the great surroundings and list golf, bike riding and the beach as the things they love best.

Like to know more about buying property in Marbella? Bench & CO provide the complete range of legal and financial services for residents and non-residents alike.

The government has reported a nationwide rise in house prices of 0.5% in the last quarter of 2014 – the first rise since 2008.

Here in Andalucia the increase was a more modest 0.1%, according to figures released by the Public Works Ministry.

Surprisingly, whilst the price of existing homes rose throughout Spain the price of new (off-plan) properties actually fell by 0.1% as more of the distressed properties held by Spanish banks were released onto the market.

Other signs of recovery in the real estate market in Spain were evident in the increase in Housing Starts for the first time since 2008, rising 1.8% to a total of 34,873.

Good news for the Spanish economy

Spain posted the strongest growth figures in the eurozone, matched only by the traditional powerhouse, Germany.

Leaving behind six years of recesion, Spain’s GDP grew 1.4% last year (with a 0.7% rise in fourth quarter) and looks on course to continue growing strongly through 2015.

The figures, double those forecasted by the IMF, have been boosted by a strong growth in domestic consumer demand. Exports, which had been performing well, have slumped but the construction industry shows signs of life, a fact evident here as the real estate industry shows definite signs of recovery from the economic crisis.

This latest news comes together with other positive economic indicators, such as an increase in bank lending, and suggests that the government’s forecast of 2.5% growth for this year may well be possible.

Good news for smartphone users and coffee breakers – in a few weeks you’ll be able to connect free to the internet on the Playa de Benabolà and Playa Levante in Puerto Banus.

A new service by Excom will allow any user to connect to the web and download and upload at a maximum of 256 kilobytes per second for an initial free period of one hour.

It’s hoped that the new service will generate revenue by then offering packages of high-speed access (1MB per second up and down) with various daily, weekly and even yearly tariffs.

A gift from Banus to San Pedro

One of the consequences of coastal development is that that you often find yourself fighting the forces of nature. Cliffs erode, beaches are washed away and harbours become silted.

Happily, in the case of Puerto Banus, they are able to use the sand dredged from the harbour mouth to improve the beaches in neighbouring San Pedro.

The 30,000 cubic metres of sand will be dredged from the harbour in Puerto Banus and “added” to the beaches in San Pedro in an now yearly process of fighting the forces of nature.

By the way, in case you haven’t been recently, San Pedro is definitely worth a visit – it’s slowly becoming something of a “hip” destination where artisan cafes and local craft industries have sprung up – taking advantage of the lower rents in the area to launch their new enterprises.

The new Boulevard Park runs through the centre of town and the wide tree-lined avenues that run down to the Paseo and the beach have been planted with over 350 varietoes of sub-tropical plants.

Has your community declared? 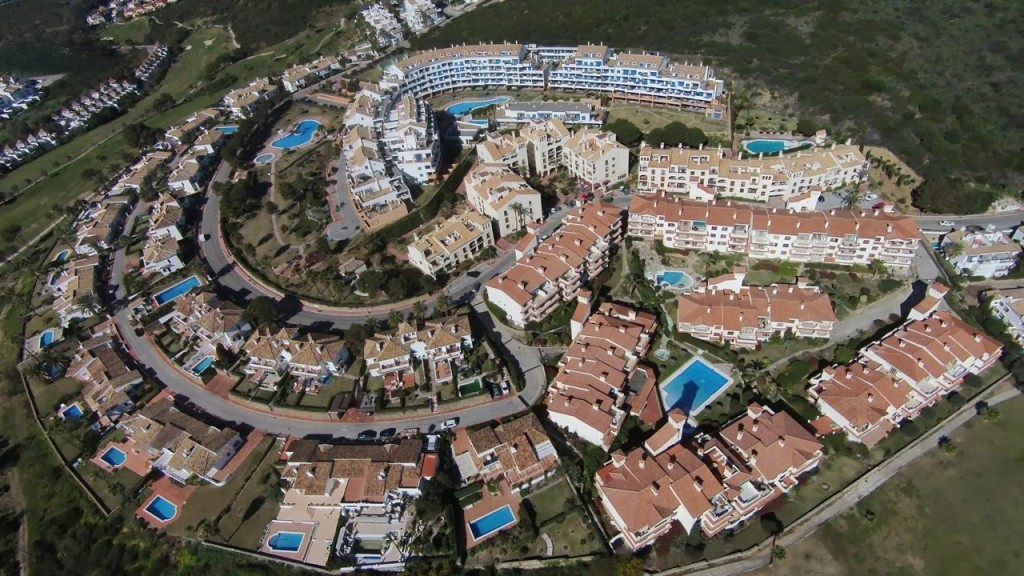 You could be fined if your Community fails to act.

All “Communities of Owners” on the Costa del Sol are obliged to present a form known as Model 347 to their local Hacienda by Monday 2nd March 2015.

This paperwork deals with payments to suppliers and communities are obliged to declare any transactions over 3,005.06 euros made to third party suppliers. The process is designed to check that these suppliers have in fact charged and paid the correct amount of IVA.

All bills for gardening, security, cleaning, maintenance and communal building works can be included but not utility bills or insurance.

Failure to present a form by Monday 2nd March 2015 could result in a hefty fine for a Community – which could then charge individual property owners.

If you need help or advice on matters concerns Community of Owners and laws regarding Urbanisations then please contact us below;

La Cañada to get bigger

Good news for the shopaholics on the coast comes from the news that the main shopping centre in Marbella, known as La Cañada, is to be expanded.

An new floor is to be added to the main building giving an extra 2,000 sqm of retail space.

The plan had to be approved by four different departments of the Junta de Andalucia. The Employment, Economy, Innovation and Science departments all had to be consulted.

La Cañada is also the new location for the town’s annual Feria. This year the festivities will take place on the large plot next the the centre (which is reserved for future commercial expansion) and after that a site slightly to the north will be used. Welcome news for anyone who values a good night’s sleep!

The British Embassy in Madrid had a very special guest, Simon Fraser, the head of the UK Diplomatic Service, at the second edition of the #ukspain2030 event where the main 2015 political and economic challenges for Spain and Europe were discussed.

It’s an interesting video and interviews some of the rising stars of Spanish industry.

The event, organised by the British Embassy and held at the British Ambassador Simon Manley’s Residence, aims to encourage debate amongst young Spaniards who are leaders in their respective sectors, and reinforce the bilateral relationship between the United Kingdom and Spain.

If you're buying a property in Spain just complete the information below and we'll give you a fixed price quote for your conveyancing.